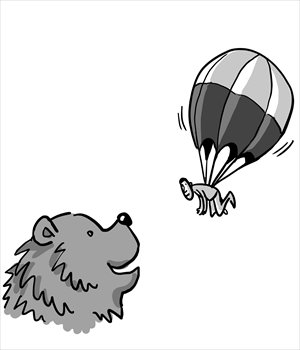 On November 29, the Vilnius summit ended with unsuccessful results for the EU, who played a dominant role in the discussions involving the five former Soviet countries in this partnership.

Ukraine refused to sign an accord of association with the EU, which would have permitted the acceleration of rapprochement between the two sides.

Ukrainian President Viktor Yanukovych branded the proposition from the EU, which would have involved $600 million in financing, «humiliating.»

Yanukovych hasn’t ruled out the possibility of signing a similar accord in the future, but according to him, this type of partnership requires Ukraine to undertake more preparation. In this way, the president focuses more attention on the economic development of his country.

This development could be realized with more financial assistance from the EU and reestablishing the relationship with the IMF and World Bank with the support of the EU, as well as reevaluating European restrictions of some imports from Ukraine.

Yanukovych has also highlighted the difficulties facing Ukraine’s economy, which involve the high prices of gas imports from Russia, and he proposed a trilateral accord involving Russia, Ukraine and the EU.

But this proposition was immediately rejected by European Commission President Jose Manuel Barroso, because according to him, Russia is not directly involved in the issue, and he added that «political thinking» in the European Commission might evolve.

This rejection of the accord by Ukraine is a very important diplomatic failure for the EU. The Vilnius summit wasn’t able to deliver the results the EU had expected, and the accord was signed only by Moldavia and Georgia. Despite EU efforts to facilitate visa changes within Azerbaijan, the rejections by Ukraine and Armenia will have more influence on the future decisions of other ex-Soviet countries.

Ukraine’s hesitation to integrate with Europe is linked more with economics than politics.

In recent years, Russia imposed economic pressure on Ukraine, with the suspension of Roshen’s chocolate products being one example.

This move directly affected Ukraine’s economy. During the first nine months of 2013, exports have decreased by 8.8 percent to $55.7 billion. There were also other issues such as the Ukrainian national energy company Naftogaz’s debts to Gazprom, which amount to around $2 billion.

Despite Ukraine’s ambition to become politically independent from Russia, the two economies are closely intertwined, particularly in terms of military industries.

Not only for Russia, but also for Ukraine this economic cooperation is vital, because Ukraine does not yet have access to equivalent products from Europe.

In addition, Europe still has certain customs barriers for products from Ukraine. For Russia, Ukraine is the first economic partner in the Commonwealth of Independent States (CIS), and is also the entrance to the important trade routes on the Black Sea.

In terms of internal Ukrainian politics, Yanukovych has already begun his preparation for the 2015 presidential elections. The main issue of his campaign will probably be economic stability in the country. Joining this accord would break economic solidity of Ukraine and Europe has neither the will nor capacity to maintain this stability.

Today Russia is the victor of this situation. Ukraine’s uncertainty between the two powers is an important failure for the EU.

Because this breaks the projection of European supremacy over Eastern Europe, it will have secondary effects on other CIS countries, especially Georgia.

In 2013, Russia successfully reaffirmed its global power status. Its influence on the Syrian issue and returning to affairs in Central Asia and the Caucasus show that Russia will continue trying to exert influence on CIS countries. That means Europe will suspend the expansion of its influence on Eastern Europe during the next several years.

Currently, Ukraine is witnessing turbulence from the situation. Many experts see in these protests echoes of the last «Color Revolution.»

But Ukraine has evolved, and the balance of power has changed over the last decade. Russian influence and the disappointment of the EU are essential factors which permit the Ukrainian government to remain confident there will be no coup d’état.

Furthermore, massive protests will demand important external financial support, and the EU cannot provide enough support on its own. During the «Color Revolution,» the US role was fundamental. Today it is a different scenario.

The author is a Uzbek political analyst specializing in CIS affairs. opinion@globaltimes.com.cn